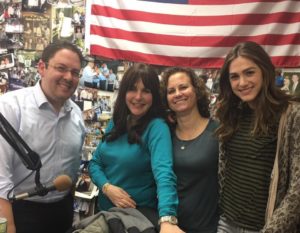 Listen to Naomi discuss her new book, Perfect for Pesach, with Dini Klein of Dini Delivers and then listen to her conversation with Esther and Johnny about Camp Shoshanim, Camp Nesher, and the Susie Fishbein and Friends Culinary Institute [22:20]